IT’S the daily battle that sends most city motorists around the bend. New data has revealed what many of us have long suspected. The hunt for a car park can be up to 50 per cent harder on a Friday.Data compiled for Public Defender has revealed almost a fifth of online searches for car parks in Melbourne’s CBD occur on Fridays.

CarParking.info co-founder Gerard McLennan, who analysed more than 160,000 driver searches across October via its website and mobile apps, said the hunt for car parks got more desperate as the week went on.

“Traffic in the city on a Friday is a lot heavier so it makes sense,” Mr McLennan said.

A spike in visitor numbers late in the week was blamed.

“We understand there is capacity so it’s about finding the right car park to suit your journey,” Mr McLennan said.

“It can be really expensive if you go to the wrong one.”

The figures showed 10am to noon was when most people searched for a car park.

The least demand was recorded on Sundays and Mondays. Demand was up to 52 per cent more on a Friday.

While using the internet to reserve a space was one way to cut search times, he said most people weren’t organised enough to do so or chose to take their chances.

“If you are trying to get to the start of a film or the theatre you can always be sure that you will never find a car park,” Mr Zinn said.

A Colliers International report this year found Melbourne was the world’s third most expensive city for parking behind London and New York.

The average nine-hour rate at an undercover park in the CBD is almost $50 but can be as high as $88. 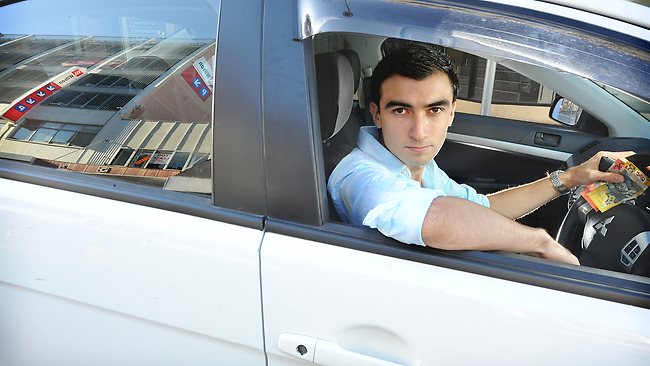